I are watching CHU!

im in a lazy mood

In an AU, Sylar never learned that he wasn't a Petrelli, and so he had no reason to kill Elle. Shortly after The Eclipse Part 2, they learned she was pregnant, and they had a baby son. They named him Noah, after HRG who had recently been killed trying to recapture one of the Level 5 escapees. Claire blamed Sylar for failing to save him. HRG had left Sylar the Costa Verde house in his will, so the new family moved there. However, one day, Sylar's ex, Rosie, tracked them down wanting to get back with him. Overcome with rage and envy, she murdered Elle in front of both of them, and Sylar killed her in his grief. He then raised Noah on his own.

goes on to describe the events of I Am Become Death

What if Nathan hadn't changed his mind in HTSAEM? 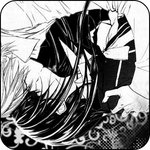 You know in HTSAEM, when Nathan changes his mind last minute and swoops in the save the day - what if he hadn't done that?

I know this is about a month old, but hopefully y'all won't mind me having a go, since it seems like it could be fun?

Flickerflame wrote:
What if Nathan hadn't changed his mind in HTSAEM?

'Shoot me, there is no other way', Peter said, struggling to control the power.
Claire's hand shook, the tears welling in her eyes. She thought back to when they had first met, how the handsome man had saved her from the serial killer, and then turned out to be her uncle; she remembered her family, the real one and the biological one. All of it seemed to come racing up to her like a cheap series of flash-backs designed to fill time, and make her more likable.
She took a deep breath, steadied her aim and fired.
The bullet whizzed through the air, hitting the wall of heat being generated by Peter and melted instantly, becoming a spot of grey-brown liquid on the floor.
'Try again!!' Peter shouted, collapsing to his knees, the agony of fighting the coming explosion evident on his face. 'Again!'
Claire fired again, and again, and again. By now she could feel the heat, her skin beginning to burn.
'Run... I can't hold on much longer... If you run... Maybe... Maybe you can still surv...'
Before he could finish, the strain became too great.
A blinding flash of light erupted from Peter's body, engulfing everything...

On the outskirts of New York, Nathan's limo. pulls to a stop, and he climbs out looking back at the city.
'You know, I really think this disaster could be the making of me, mom...'
'Yes, it could.' Angela replied, exiting the limo. and joining her son in watching the destruction of New York. 'That's odd... The light is brighter than it should have been...'
'What do you mean?' Nathan asked.
'From this distance the light shouldn't be so bright... If I didn't know better, I'd say we underestimate the power...'
The light raced forwards, engulfing Angela and Nathan, the limo and everything within 500-miles of New York City.

As the dust settles, Peter climbs to his feet.
'Hell yes, anyone messes with me... 'BOOM!'


---
My 'What If'
[b]What If ... Samson (Sylar's Father) had gained the power of Cellular Regeneration/Rapid Healing?

I love it! Thanks for posting one!

C, how do you get the pic to show in the sig?